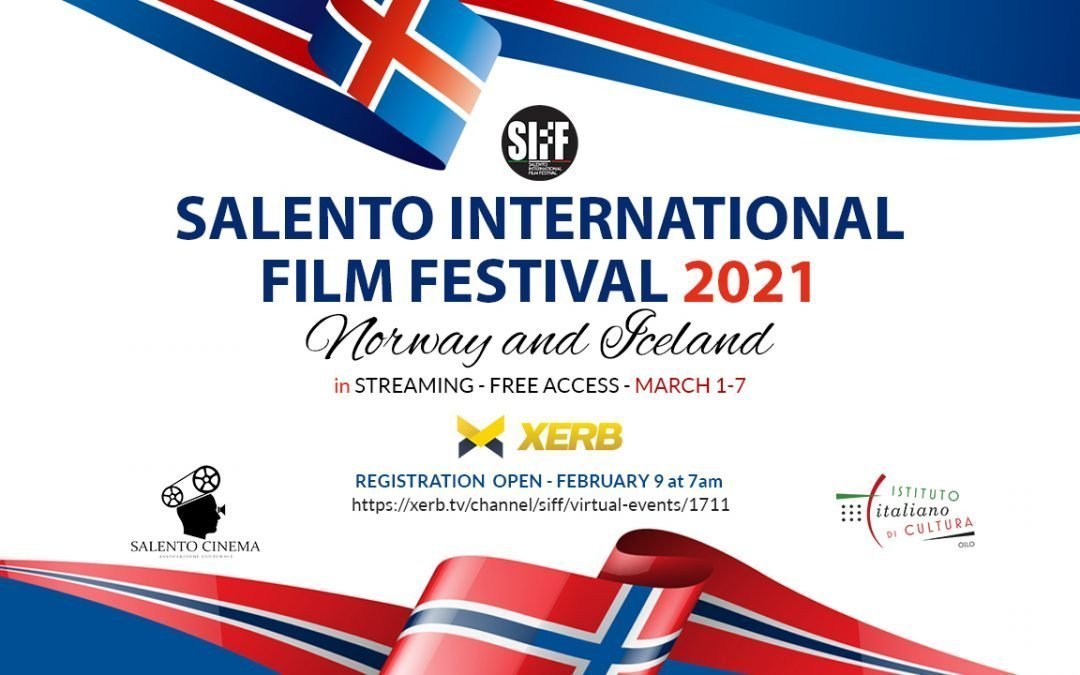 From Monday March 1st to Sunday March 7th The Italian Cultural Institute in Oslo presents the 3rd Edition of the Oslo and Reykjavik Salento International Film Festival. Due to Covid19, this year the Festival will be exclusively in streaming

Free event, registration mandatory open from Wednesday February 9 at 7am until March 6 at 6 pm through: https://xerb.tv/channel/siff/virtual-events/1711

The Salento International Film Festival (Siff) is an intimate, intense and passionate film festival sharing stories from all over the world with the awareness that cinema is one of the most powerful forms of cultural communication and link between cultures and peoples.

SIFF continues its mission by sharing with the audience the work of independent cinema, Italian and international movies from all over the world, a unique opportunity to watch the real International Independent Cinema.

3 feature films and a documentary make up this year program:
AGADAH directed by Alberto Rondalli based on the celebrated The Saragossa Manuscriptis a frame-tale novel written in French at the turn of 18th centuries by the Polish author Count Jan Potocki. A dreamlike, cabalistic, erotic and daring journey, capable of completely overwhelming the viewer; a film for fans of Italian cinema directed by Stefano Alpini. A masterfully shot riveting drama where suspicion turns into obsession; a dramatic story of friendship, love and internal struggle between good and evil in directed by Fabio Massa. The documentary “” directed by the Swiss director Hanspeter Aliesch gives shape and voice to the homonymous volcanic island off the Italian coast.